Fighting Food Waste, One Small Battle at a Time

Diletta Parente is a food activist and co-founder of Plataforma Aprofitem els Aliments, a Barcelona-based NGO dedicated to efforts in reducing food waste. In this article, she shares the story of how she joined the food waste movement, and what her work entails.

Food has always had an important place in my life. From my Italian grandmothers’ kitchens to family holiday banquets, my fondest memories have the warmth and fragrant smell of a homemade meal.

Around 2005, in California, I started my own family. Providing them with healthy and nutritional food became part of my mission as a new mom – one that I took on with great enthusiasm. Soon enough I found myself wandering supermarket aisles, only to find pre-packaged meals overloading the shelves, and a dozen components appearing on the label of what – supposedly – was just bread.

I took to educating myself about nutrition, eventually learning that much of the food available on the market is not just guilty of containing little nutritional value, but also of a production process that leaves a huge economic, social and environmental footprint.

This is where my journey towards becoming a food activist took off.

I began to carefully plan my shopping, cooking to minimize waste, and looking for new ways to recycle ingredients and leftovers. I started a blog to document and share my efforts. But the immensity of the problem, and the limited impact of my small actions, was stuck on my mind.

A platform for making proper use of our food

Three years later, my family and I moved back to Europe, settling in Barcelona. Here, I found a group of people who, like me, wanted to make a difference in the fight against food waste.

Our group was a diverse bunch of food waste fighters. We were Gleaners, Disco soup makers, and street dinner enthusiasts; some were students from local universities, others were eco-educators. Together, we wanted to build alliances and establish collaboration among actors in the food chain, to raise awareness, and to promote education. This is how Plataforma Aprofitem els Aliments was born.

As an organization, it was important for us to feel close to our community. Upon deciding on an event to launch ourselves to the public, we thought sharing a meal would be the perfect solution.

Inspired by UK campaign Feeding the 5000, we decided to organize El Gran Dinar. The basic idea was to arrange a feast on fruits and vegetables rescued from local groceries and distributors to be shared with thousands of people on a public square. It was an ambitious task for a newborn and unknown organization such as our own, but we were up for the challenge.

On November 22nd 2014, the stage was set and representatives from a handful of Spanish food waste organizations were on site at Plaç dels Angels in Barcelona, ready to inform about their cause. Meanwhile, our team of cooks from Fundación Alicia was preparing one of the main attractions: a soup made from four tons of rescued fruit and vegetables cooked up over three days by 150 volunteers. With it, we were to serve up a warm testimony to how delicious and comforting the food we throw away every day could be.

While hosting the event, I nervously kept an eye on my friends who were serving, and the number on the meal counter. In the first hour, 500 bowls of soup had been served. The hours went by, the square bustled with people and music, guests came through the stage and the counter kept ticking along. When it was finally time to close we all looked at the counter in anticipation as the last meals were added, finally clocking in at a total of 4115 meals!

There were challenges, of course, the biggest ones being financial and logistic. Obstacles to our efforts in covering expenses popped up even in the last minute, as well as difficulties in collecting, storing, and preparing the food. Overcoming these hurdles was possible because of the incredible response we got from volunteers and collaborators who showed up to help the cause.

The success of El Gran Dinar was critical to the next steps for PAA, opening doors to valuable new connections and collaborations.

A multitude of grassroots initiatives and social innovation projects like PAA comprise a movement that takes on the inefficiency, unfairness, and lack of sustainability in our food systems by implementing innovative solutions. Each contributes to the cause whilst delivering socially agreeable solutions on a local level.

Recently, we had the opportunity to gather representatives of some of these initiatives in Barcelona to share ideas and discuss the challenges that we face. As small organizations, some of our most common challenges pertain to finance and visibility; something we hope will be helped by increased collaboration with and support from the greater culinary community.

The fight against food waste has a before and after marked by the publishing of Tristram Stuart’s Waste: Uncovering the Global Food Scandal in 2009. The book contributed greatly to raising awareness of the enormity of the problem to the general public, which in turn sparked the beginnings of the movement. Since the publishing of his book, Stuart has remained a strong voice in criticizing food systems. We were fortunate to count with him at our gathering in Barcelona.

“Food waste is the most vibrant, enjoyable, and innovative space to be in. Creativity and imagination are turning it into a massive party that unites people, solutions, and business. Collectively, we can eat our way out of the problem, ” says Stuart. Case in point, Stuart’s organization Feedback is behind initiatives and efforts that have led to changes at the policy level in the UK as well as inspired new creative solutions worldwide. His success proves that the balance of power is shifting from big corporations to the people.

Today, along with the Autonomous University of Barcelona, PAA is working on a survey to quantify the waste of the biggest food distributor in southern Europe, Mercabarna. This is supposed to be their first step in committing to a new strategy, converting more and more of their organic fraction from waste to resource.

On another front, I’m invested in Life Line Learning, an educational project dedicated to passing on valuable knowledge and skills to the next generation. Through interactive modules and gatherings, Life Line Learning teaches children about food, sustainability, technology and nature – skills that are basic, but necessary in battling the environmental challenges that we face today.

I’ve come a long way from battling food waste in my own kitchen, and I continue to explore ways in which I can learn and improve. The immensity of the problem remains on my mind, but with raised awareness and collective efforts I believe the impact of our actions can be great. 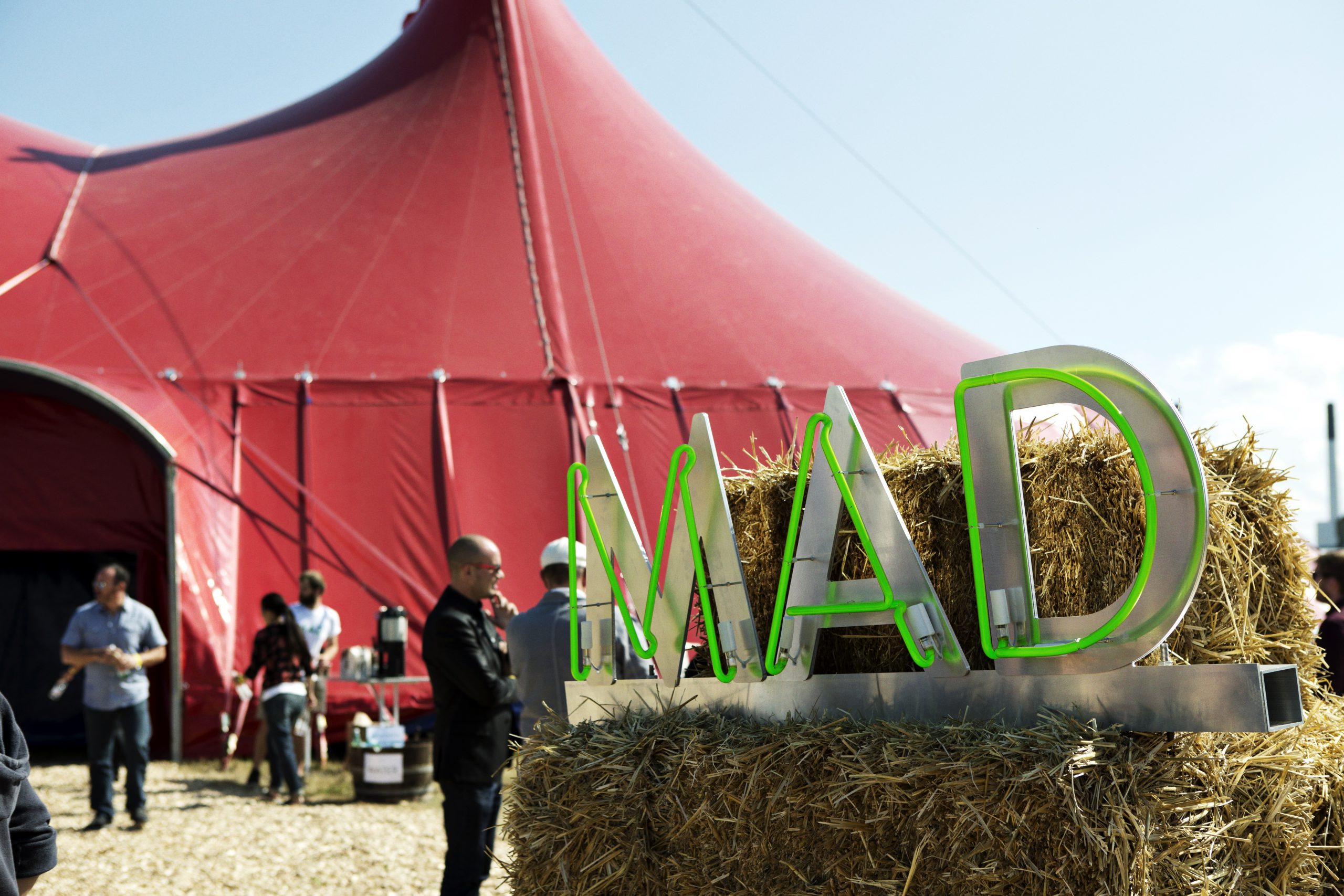 The food world's leaders will gather for MAD6 to discuss improving the industry for women, immigrants, and people of color.

A gathering of culinary minds: what got people talking at MAD's evening discussion ‘MAD Monday on a Thursday’ in Copenhagen.

Audi of America announces a collaboration with Restaurant Noma and MAD, reinforcing a shared passion for innovation, focus on sustainability and commitment to driving positive change.
This website uses cookies to improve your experience. We'll assume you're ok with this, but you can opt-out if you wish. Cookie settingsACCEPT
Privacy & Cookies Policy