A Brief History of Food TV

To answer the deceptively simple “What is cooking?”, one might take a cue from Supreme Court Justice Potter Stewart, writing on what constitutes obscenity: you know it when you see it.

So you go to a great restaurant and sit at the chef’s table, watch the kitchen in action, and once the food arrives and you have that first bite of umami or some other sensory pleasure, you can say, “Now that’s cooking.” Or you go to a friend’s house for a dinner party and stand around drinking wine while your host stirs risotto, or maybe puts you to work chopping herbs for a tabbouleh. That’s obviously cooking, too.

Ditto all the more mundane situations that are driven by necessity rather than pleasure: throwing together a puttanesca for a night in with Game of Thrones,or channelling Elizabeth David for an omelette and a glass of wine before a night of writing (which is more like taking pleasure in necessity). That’s cooking for sure.

For anyone who likes to cook, the pleasure aspect is hard to shake, whether it involves spending an entire day in the kitchen, or just the five minutes needed to slice the bread and whisk the eggs for Sunday morning French toast. As Alton Brown explained after serving biscuits and gravy to William Shatner in the first episode of Brown Bag Wine Tasting (a new show hosted by Shatner):

AB: Cook [rather than chef] is the best possible word. … If you’re a cook, you serve people. I made this food, but the joy of this was you eating the food. I was serving you.

WS: You gave me a joyful experience.

AB: And that is cooking.

It’s easy enough to extend this pleasure to cooking for and eating by yourself.

But what if you hate cooking, or see it as a chore, but do it anyway? That’s still cooking. Spending a Sunday evening with a pile of cookbooks planning family meals for the week, because you know you won’t have time for creativity in the kitchen between coming home from work and getting the kids to do their homework on a school night, also counts as (preparatory)cooking—because it’s driven by care.

Maybe a better way to think about what cooking is is to consider what it isn’t. And to bring porn back into the equation, watching someone else do it is clearly not cooking. The oft-provocative Anthony Bourdain has described the entire celebrity chef and food TV industry as “the new pornography: it’s people seeing things on TV, watching people make things on TV that they are not going to be doing themselves any time soon.” This was at a 2009 Food for Thought forum where Bourdain shared the stage with Alice Waters and Duff Goldman – one of the early instances of the trend that has us not only watching other people cook without taking part, but also watching people talking about cooking.

Well, yes and no.

That is of course a simplification of the history and evolution of what today is known, and often maligned, as “food TV.” Like the best cooking, food television grew out of both opportunity and necessity. When rationing was introduced in Britain during World War II, the mandate of the UK Ministry of Food (not to be confused with Jamie Oliver’s) was to teach people how to prepare nutritious meals with limited ingredients. To that end, the Ministry launched a radio programme called The Kitchen Front in 1940, so named because it summoned housewives to be the “army that guards the kitchen front.” One notable figure during this period was Marguerite Patten. Employed by the Ministry as a home economist in 1942, Patten began her career in food media by contributing recipes to that program, and later by cooking on television for the BBC’s first magazine show, Designed for Women, from the late 1940s to the early 1960s. Cooking demonstrations had been viewable on television since UK broadcasting began in1936, yet Patten’s early appearances mark the origins of an industry that exploited new technology for the primary purpose of education.

The addition of entertainment to the mix is easily traced in the food TV of the United States, where 1946 saw the on-screen arrival of the iconic James Beard, who brought experience in both food and acting, as well as a mantra: “Food is very much theater.” By the time Julia Child appeared as The French Chef in 1962, wartime shortages were a thing of the soon-forgotten past. That show indulged growing interest in (and fantasies around) foreign cultures and travel (Jackie Kennedy had a real French chef in the White House), and charmed with the possibility of bringing some of it home. Here, cooking was aspirational and also, in Child’s occasionally clumsy hands, eminently doable.

It’s impossible to quantify how much actual cooking results from food TV viewing. Those inclined to guess “not much” probably have a strong case—especially so after the 1990s, when TV producers on both sides of the Atlantic confirmed that their programming was intended as entertainment, not education. But it is certain that too much eating took place in the last decades of the twentieth century: so much that by the 1980s, the celebration of post-war abundance had turned, for some, into a generalized anxiety about what not to eat. As food writer Molly O’Neill describes in a 2003 piece in the Columbia Journalism Review titled “Food Porn,”

The pursuit of lean body mass was, after all, second only to the pursuit of lucre in the early 1980s. Treadmills and StairMasters gobbled rare leisure hours, liquid diets were vogue, and both anorexia and bulimia were on the rise. Food writing became voyeuristic, providing windows into a world of unattainable bodies and unimaginable disposable income and time, an unreal world.

This is a world fundamentally at odds with the one in which a six-hour tasting menu is a permissible, sought-after indulgence. It is a world marked by shame rather than pleasure, and often by solitude rather than companionship: a world where watching food is safer than consuming it.

It would be a poor indictment of an entire industry (and terrifying for our future) if it were true, as some have suggested, that “everyone” watches these days, but “no one” cooks. It’s not a difficult conclusion to reach: when Jamie Oliver launched his then-newest campaign to teach England how to cook, one critic opined in the Sunday Times that “he’s been teaching us to cook for a decade—and now he tells us we can’t even boil an egg.” To be sure, many could still benefit from caring more about their food and how to cook it; but there is also a strong, and plainly strengthening, community of people who care very deeply about just those things.

There will plainly always be some who prefer watching to doing, and there will always be some who care less about the pleasures of cooking than the convenience of getting take-out (which is not cooking) or microwaving a ready-meal (also not cooking). There will even be some who welcome a meal-replacement product like Soylent, offering the tantalizing prospect of “never having to worry about food again.”

But watching cooking can—and certainly does—incite many of us to action. Seeing Alton Brown making biscuits and gravy on television can easily work as inspiration to get busy in the kitchen. The result may not be quite the same, but as Wylie Dufresne put it in his talk for the 2012 MAD Symposium, it’s the appetite for knowledge that counts. Food TV and other media can be a waste of time, but they can also fuel that appetite, and help to generate more informed ways of thinking about cooking, including not only the how but also the why.

This is where more new technology, like IBM’s supercomputer Watson, could be helpful. In collaboration with ICE (the Institute of Culinary Education) and Bon Appétit, IBM has been working on perfecting the computer’s ability to generate recipes. The idea is to put the speed and memory capacities of a computer to the service of human culinary creativity, by analyzing (for example) similar compounds in a multitude of flavor-pairings. In theory, Watson could then come up with combinations that make complete sense but might have taken us another several decades to discover in the kitchen. It’s designed to help chefs to create, rather than to do it for them. From a recent article in Slate:

“A McDonald’s hamburger tastes delicious, but [James Beard award-winning chef Paul] Qui says it ultimately fails because it doesn’t have “soul.” How do you quantify soul? It’s the difference between a cook and a chef, a tradesman and an artist, the recipes Watson generates and the recipes a chef creates. If technology can help a chef make something even more inventive, it’s not only interesting to use it but increasingly important.”

Like science, cooking is a process, not a product. But it does generate a result that is (hopefully) delicious, life-sustaining, and makes you want to do it again.

So, what is (good) cooking? You know it when you taste it.

You can purchase a copy of Dispatches via the MAD Store. 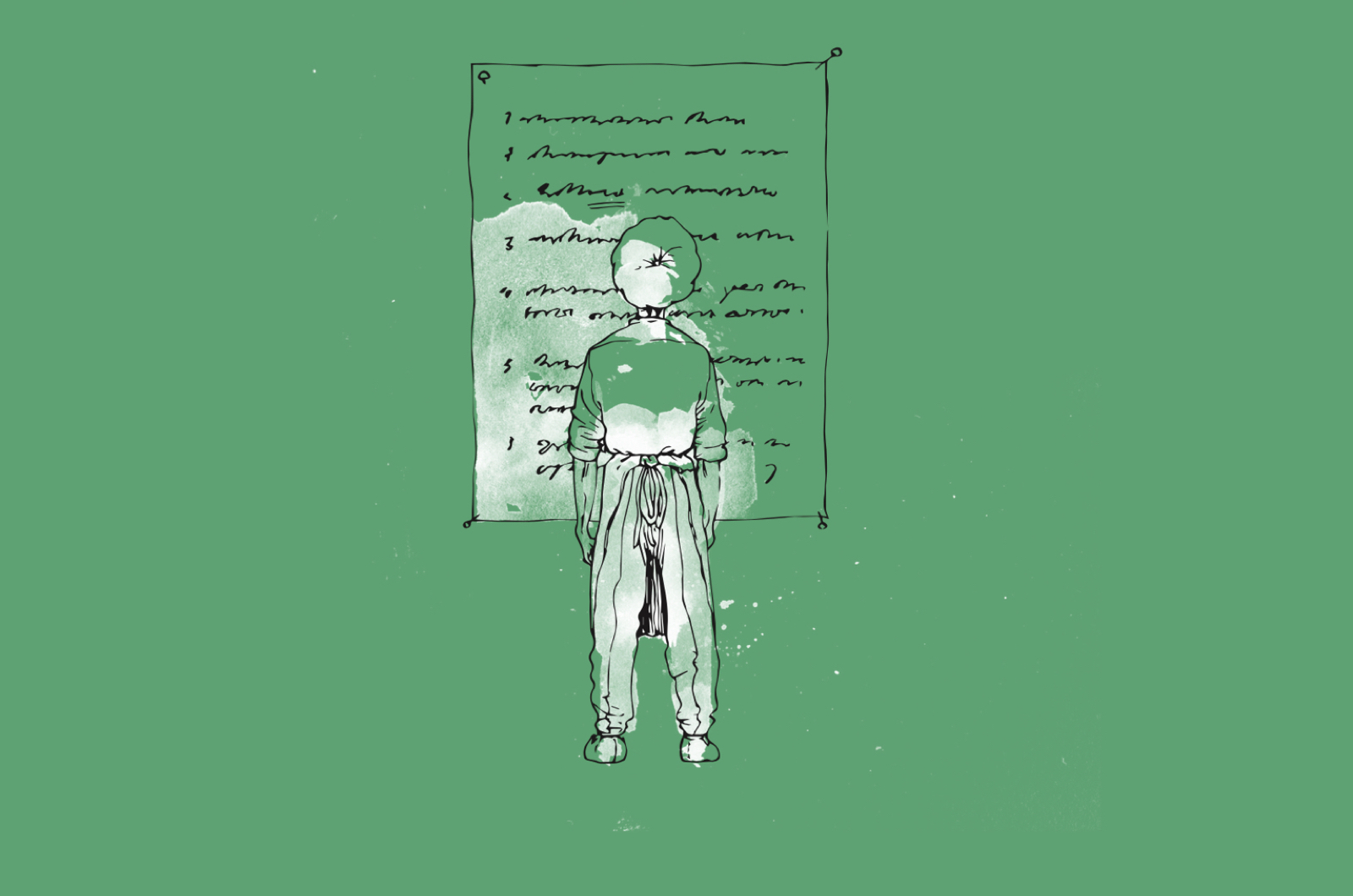 Creating the Food Systems of Tomorrow

What can cooks do to help change our food system? 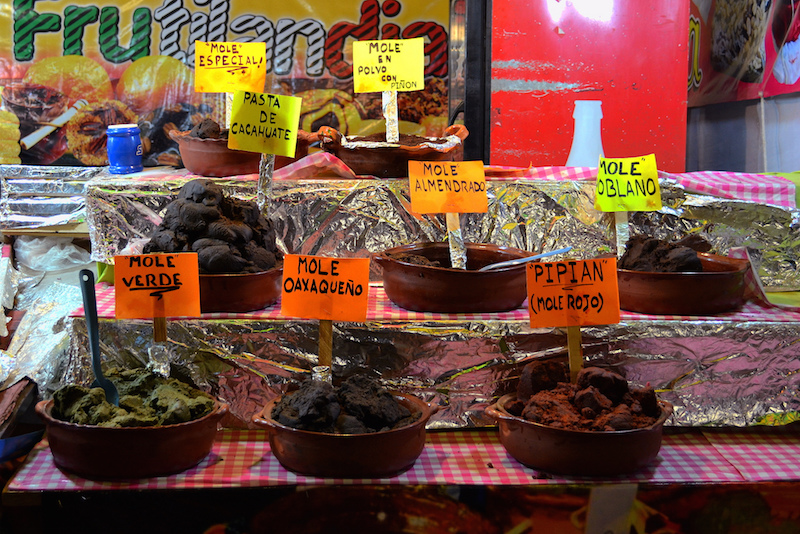 The Theory of Mole

Everything you need to know about the historic and overwhelming Mexican dish. 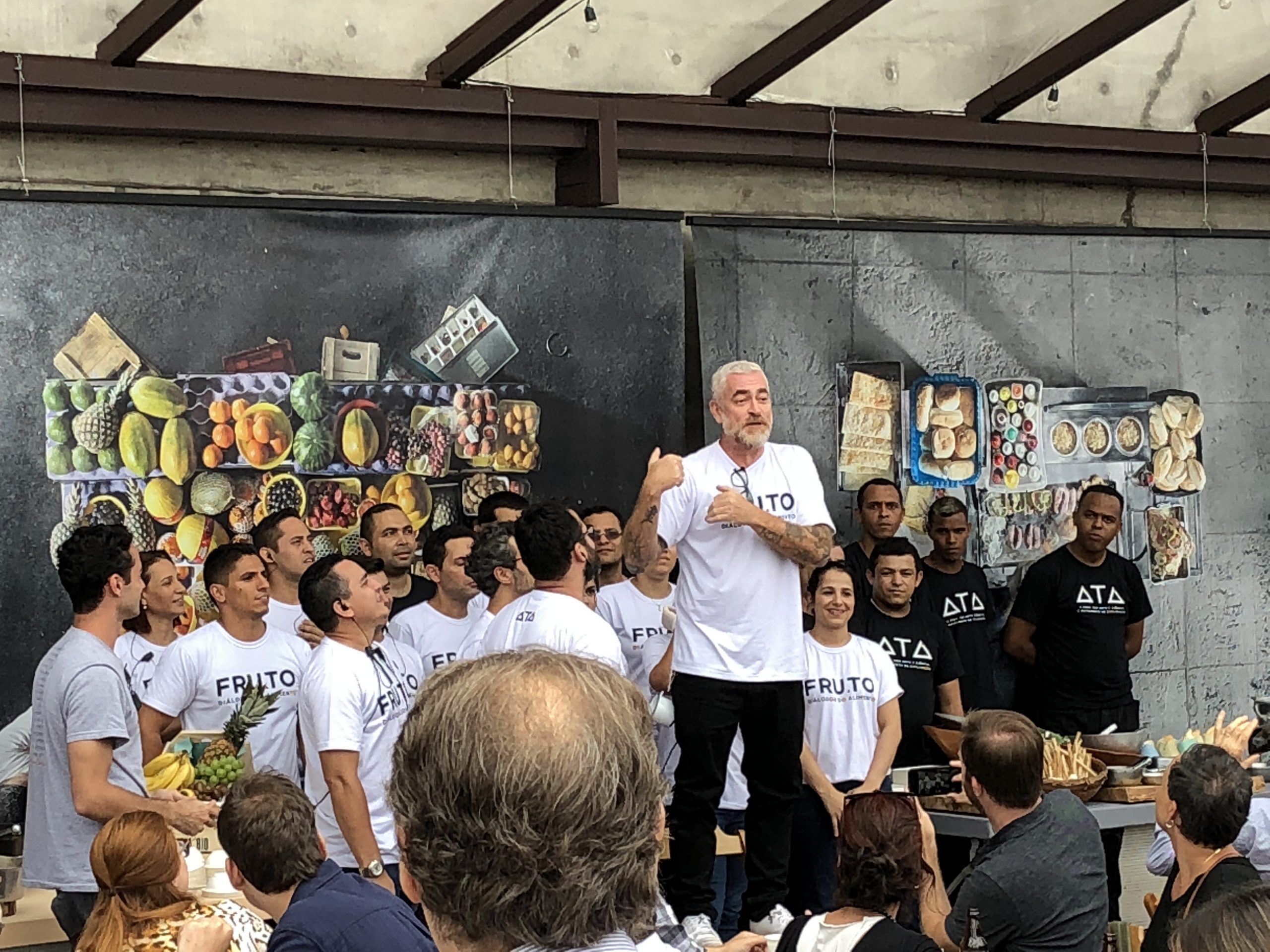