This story from René Redzepi is a conversation starter published in the Fantasy Issue of Lucky Peach. MAD & Lucky Peach are interested in hearing your opinion on this topic; share your stories and viewpoint with us in the form below.

I started cooking in a time when it was common to see my fellow cooks get slapped across the face for making simple mistakes, to see plates fly across a room, crashing into someone who was doing his job too slowly. It wasn’t uncommon for me to be called a worthless cunt or worse. It wasn’t uncommon to reach for a pan only to find that someone had stuck the handle in the fire and then put it back on my station just to mess with me.

I watched chefs—mine and others—use bullying and humiliation to wring results out of their cooks. I would think to myself: Why is that necessary? I’ll never be like that.

But then I became a chef. I had my own restaurant, with my own money invested, with the weight of all the expectation in the world. And within a few months I started to feel something rumbling inside of me. I could feel it bubbling, bubbling, bubbling. And then one day the lid came flying off. The smallest transgressions sent me into an absolute rage: Why the hell have you not picked the thyme correctly? Why have you overcooked the fish? What is wrong with you? Suddenly I was going crazy about someone’s mise en place or some small thing they said wrong.

This was how I had been taught to cook, and it was the only way I knew to get a message through. I can’t say that it didn’t work for a time. Noma has succeeded beyond whatever I could have imagined for it.

And, concurrently, the cooking profession has been lifted out of the blue collar into something extraordinary. The level of respect that cooking and cooks receive is really astounding. The very act of cooking draws people into our world and our profession: they want to transform ingredients, they want to feel how lovely it is to make an omelet or cook a crème brûlée correctly for the first time.

The public expects more from us now. Questions arise: Is there still room for guys like me, who started before this new era? What about the French armies we trained in, the regiment we still follow? How can we rectify the screaming and shouting and physical abuse we’ve visited on our young cooks? How do we unmake the cultures of machismo and misogyny in our kitchens? Can we be better?

Perhaps, the real question is this: Do we want to be better?

I’ve been a bully for a large part of my career. I’ve yelled and pushed people. I’ve been a terrible boss at times. For some reason, I’m particularly bothered when I remember a girl from Colombia who was working for us, whom I really liked. One night, we had some big-time guests in the restaurant—journalists from somewhere I can’t recall. I had given her directions and she had said, “Yes, Chef,” and then when it was time to do her task, she didn’t do what she was told. This happens. People say “yes,” but they have a thousand things on their mind and aren’t paying attention.

I went completely crazy. I pulled her out of service, and I screamed at her: “What the fuck are you doing? Go home.” It was a really bad moment. I tried calling her to apologize, but even after we’d spoken, I could feel that the air still wasn’t clear. Later that night, as I was walking home with Christian Puglisi, who was the sous chef at the time, he turned to me and said, “I have to tell you, Chef, you stepped over the line. I owe it to you to tell you that.”

It was a punch in the gut to hear that from my sous chef—my closest ally, someone who was my friend and followed my lead all of the time. I went home and stayed up half the night thinking about it. I really wanted to work with this cook for years to come, but I was going to scare her away. And on a simpler
level, I felt horrible for being so cruel to a person.

That moment was only part of a long, protracted revelation. Over time, I realized that my behavior was hurting some of my long-standing staff—people whom I loved and enjoyed the company of—and it was influencing them to act the same way. It wasn’t leading toward greater health for myself, for my family, for my wife, for my children. Who wants to go to work angry every day? I certainly didn’t want that, especially having three young daughters. I thought about what kind of world they’d grow up in. It wasn’t a question of gender—it was about straightening up my act for the sake of my children.

It’s been a slow evolution—some of it really slow. There are always things you want to do that will take a long time to implement. Maybe there’s no money, or maybe you’re fighting momentum. But for the first time in my career, I started to buy into the idea of instilling a more respectful, humane spirit into the restaurant.

I’m not talking about cutting out discipline or the pirate ship–like camaraderie of the kitchen. The kitchen needs discipline, codes of conduct, a clear chain of command. Cooks need to feel like they’re part of a group that’s pushing together. A restaurant needsorganization and quality control. And when people feel more confident, people cook better. They make good decisions in critical moments, and that is what cooking is. Does it need a little more salt? A little less? That’s the difference between success and failure.

The pressure will always be there. There will always be competition and adrenaline. But how you handle yourself in those moments is crucial. We can’t take the boiling points out of service, so what we need to do is find tools to handle them better.

Sometimes I’ll still gather people around and shout at them when I have to wake them up from whatever trance they’re in. But there’s a difference between singling people out and addressing the team as a whole. It’s like being a coach in a time-out at a soccer match. Everybody’s on the same level. You assess the situation, and you move on.

I tell my chefs that I’m the only person who should ever shout. I don’t want anyone else to go crazy. I don’t want people to call one another names. We’ve let really talented people go because they hada bad attitude or weren’t respectful. We put a purposeful emphasis on making the environment friendlier to women, so we’re not just making obscene, pornographic jokes all day. It’s not about losing a sense of humor; it’s about being more clever in all things and letting the humor follow.

The smallest changes have also worked for us. Playing music in the kitchen, for instance. And real staff meals where you sit down to eat together. We had to change our opening time from six to seven to allow for a one-hour dinner break, but it was worth it. For too long I’ve been eating out of a plastic container while standing next to my section, and I don’t want my cooks getting accustomed to the same thing.

Maybe change starts with schools. The chef curriculum is outdated. You show up at school, they hand you one book and you treat it like the Bible. I’ve seen the book from the CIA, and I remember the book here in Copenhagen. We need new books, and one dedicated to how you deal with guests, waiters, cooks, and producers—a manual on basic human interaction.

At this point, you’re thinking, Whatever, René, this is all easy for you to say, but things are different where I’m from. If I want to punch my dishwasher and tell him he’s an asshole, it’s because that’s what needs to happen. You don’t know what works at my place.

And you’re right. We don’t have as much pressure to perform financially here in Copenhagen as one might in New York or London. That’s fine. Let’s think about this in terms of the bottom line.

Maybe the old way has worked so far. But in the long run, it burns people out. There’s a reason people are struggling to find cooks right now. Our industry is populated by young people. As they get older, they fall out of the trade because they can only take the abuse when they’re young and strong. How many of your cooks are thirty-two, thirty-three, thirty-four years old? Maybe the head chef and the sous chef—that’s it. We’re on course to really mess things up if we don’t start getting better at what we do.

I want things to change for the sake of this profession. When we started trying to change the culture at Noma, we did it for the sake of our own happiness. I didn’t expect that it would also make us a better restaurant. But it did. This has worked for us. I genuinely do see the improvement in the staff’s morale, in our guests’ satisfaction, in the quality of our creativity and execution.

I’ve had staff members come to me and say, “I don’t feel like you’re stern enough. I’d like you to go back to how you were seven years ago.” Sometimes, when I see someone working in a messy, disorganized way, or working without thinking, I have to stop myself from resorting to my earlier tactics. That’s the crux of our situation right now—the choice in front of us: cooking has managed to creep out of the Dark Ages. The opportunities for cooks to be active leaders in environmental and social movements are real and unprecedented in our profession.

But the only way we will be able to reap the promise of the present is by confronting the unpleasant legacies of our past, and collectively forging a new path forward. 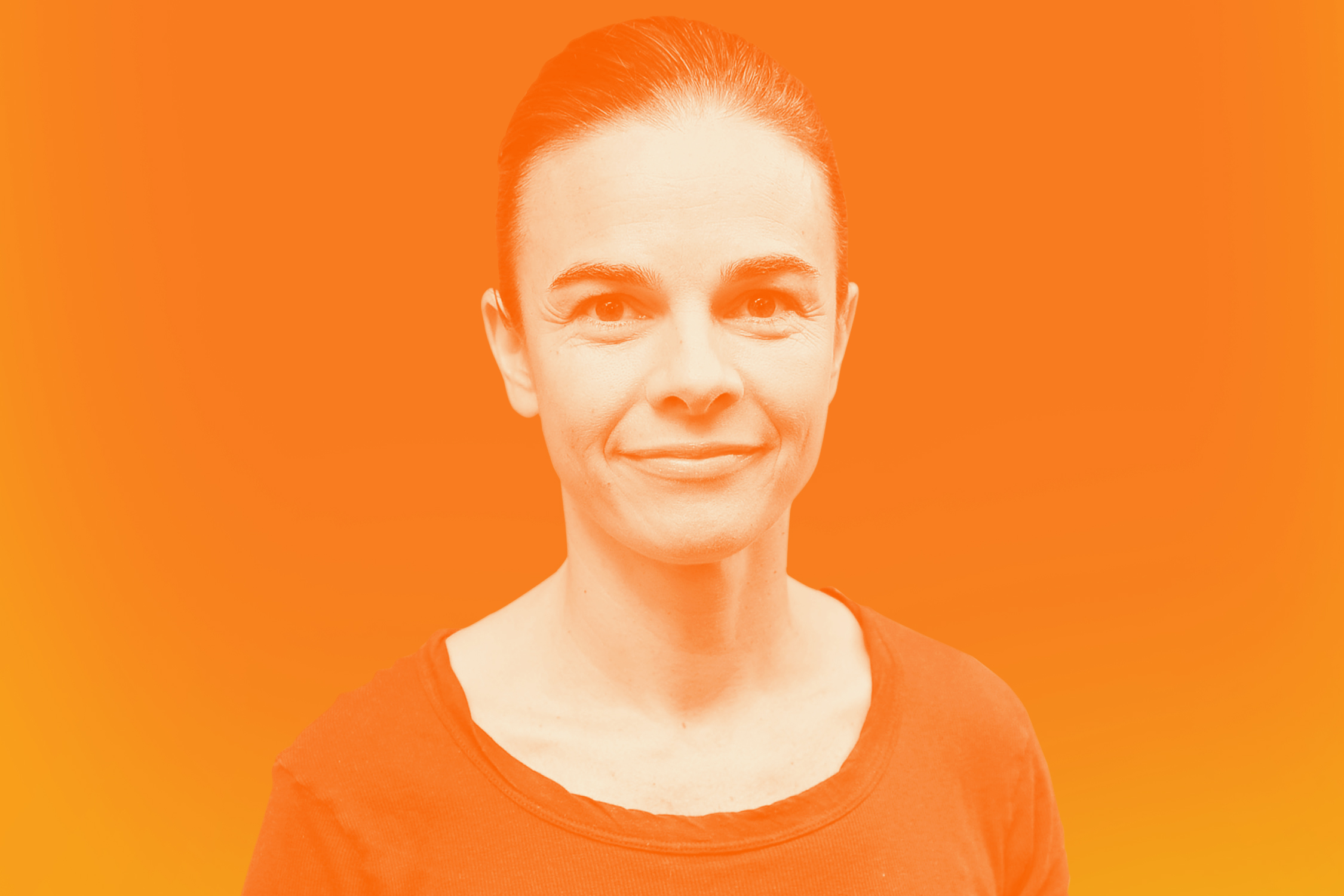 How can people working in hospitality contribute to the green transition? What does it take to create a restaurant that is resilient and financially sustainable? And how do we build an industry with better working conditions for all? 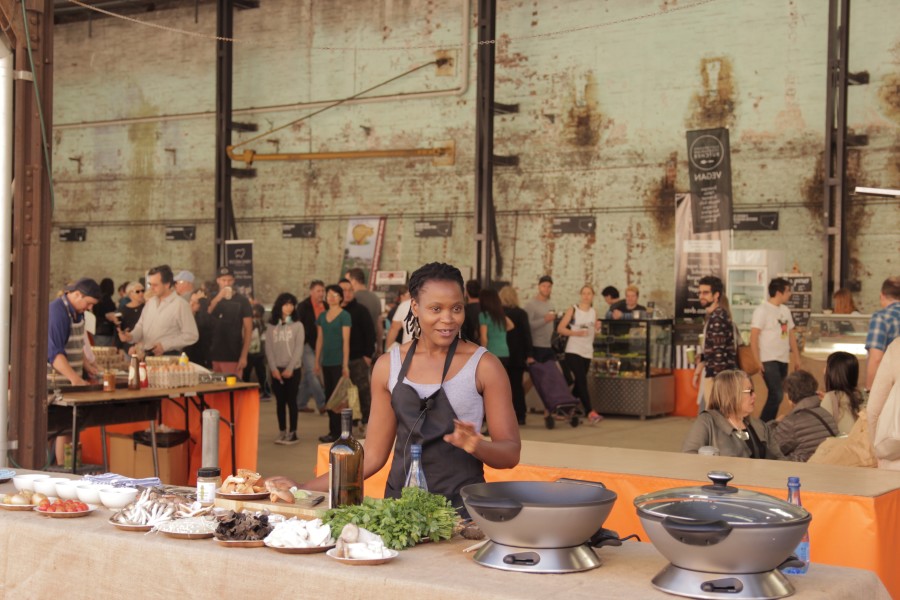 A Mushroom of One's Own