Arielle Johnson, MAD head of Research, has a PhD in flavor chemistry. She is our expert on all things experimental in the MAD Lab, our chief investigator of food, flavor and fermentation. From here on out, she will be running this advice column—consider it an “Office Hours” for all things food and science. Ask the Flavor Doctor, she has answers to your kitchen woes with the science to back it up. Send her a message at askthedoc@madfeed.co or tweet @ariellejjohnson and she will do science at you.

I am a bartender. I’m interested in peat and smoke, and have some questions: Where do the aromas in smoke come from, especially peat smoke? And, more difficultly, are there differences in peats from different places that we can taste in whisky?

When you’re talking whisk(e)y, “peaty” is shorthand for smoke flavors. A lot of whiskies from Scotland are quite smoky, and they get this way from peat smoke.

But why? How? And what is peat smoke?

To make Scotch whisky (or whiskies in the Scottish style, like some of those made in Japan by Suntory), you first have to malt barley. To do this, you moisten barley and allow it to start to germinate and sprout, then halt the process by drying it—which is called malting the barley.

Grains, at their most basic level, are food-storage organs that grow into baby plants. They contain starch molecules (made up of long chains of sugar molecules that are bonded together) and the enzymes needed to break those starch molecules apart. Those sugar molecules are the food for the baby plant that the grain will sprout into, and the starch molecules are a convenient way of storing them for relatively long periods of time. The enzymes are there to separate the starch molecules into individual sugars, which feed the baby plant as it grows big enough to photosynthesize on its own. The beginning of that malting process—encouraging the grains to sprout—triggers the enzymes in the grain to break the starches into sugars. Drying the germinated grains keeps the future-plant from eating those sugars, and keeps them readily available to be brewed and distilled into whisky.

In certain parts of Scotland, particularly Islay, barley is dried by fire. The wetland conditions around many parts of Scotland lead to the creation of bogs: swampy, treeless landscapes covered in shrubby and mossy plants in wet, acidic soil. Because of these conditions, plants that fall into the bog, like grasses and mosses, decompose more slowly than usual and compress into layers of semi-decomposed organic matter called peat. Once you dry out peat, you can burn it, and in many places peat is actually the most abundant source of fuel. This was traditionally so in Islay, where peat fuels the fires that dry the malt that becomes the whisky. In doing so, smoke volatiles are deposited on the barley malt, which come out as smoky flavors in the finished whisky.

Smoke flavors are created when you burn things (obviously). Aromas that didn’t exist before burning are brought into existence through incineration. Chemically, what happens is that large molecules in the plant matter you’re burning—which don’t have a smell—are broken down by the heat and release smaller molecules, which do have a smell.

In plants, these large molecules are generally polymers—they’re made up of a set of similar sub-units repeated many times. Pretty much all plants contain cellulose and hemicellulose, which are large carbohydrate polymers made up of sub-units of sugars. Plants use cellulose and hemicellulose to strengthen their cell walls. Many plants also contain a totally different type of polymer, called lignin, which is built up of methoxyphenol sub-units. Lignin helps add stiffness to the cell wall, especially in the cells that make up xylem, a vascular network that circulates water and minerals around certain plants. Lignin is what makes woody plants woody, and its stiffness is what allows tree trunks to grow tree-trunk-sized instead of stem-sized. Since the plants that fall into the bogs of Scotland also have lignin in them, the peat is going to have lignin in it, too. Breaking down lignin yields the most characteristically “smoky” smell of the smoke volatiles, as well as molecules that smell spicy, leathery, and vanilla-y. (Side note: the ability to break down lignin into vanillin, the main aroma molecule in vanilla, is one of the engines of the global flavor industry and the source of the “imitation vanilla flavor” you can buy on the cheap at the grocery store.) Guaiacol, methylguaiacol, syringol, eugenol, vanillin, and 4-ethylphenol are some of the main lignin derivatives in smoke. Since peat could theoretically be made of different types and proportions of plant material—mosses, shrubs, grasses, sedges, rushes, and the like—it stands to reason that different kinds of peat, when burned, produce different volatiles that lead to different flavors.

A 2009 paper in the Journal of Agricultural and Food Chemistry looked into exactly this hypothesis. The researchers harvested peat samples from Islay, St. Fergus, Orkney, and Tomintoul, then burned them and analyzed the volatile components of the smoke. They found big variations in the proportions of different derivatives in the smoke—one peat smoke had more than double the carbohydrate derivatives (i.e. toasty caramel flavors) of another, and there was a similarly wide range in lignin derivatives (i.e. smoky, spicy, vanilla-y flavors) between the peats. They even found differences between sub-types of lignin derivatives, which they hypothesized could come from the differences in lignin structures in the grasses and mosses that make up peat.

So, when you’re tasting whisky from different parts of Scotland, you’re going to taste differences from the water they use, the design of their stills, the blending decisions, the type of barley they use—as well as differences in the structural polymers of the various dead, semi-decomposed grasses, mosses, and other plants that live in the bogs where they harvest their peat.

Furthermore, distillers can use either all natural peaty smoky fuel to dry their germinating barley or mix oven-generated heat and some natural fuel. So Islay whisky houses go heavy on the peat, blasting the grains that will eventually become their Scotch, and creating, at the end of the line, a characteristically super-smoky Scotch. 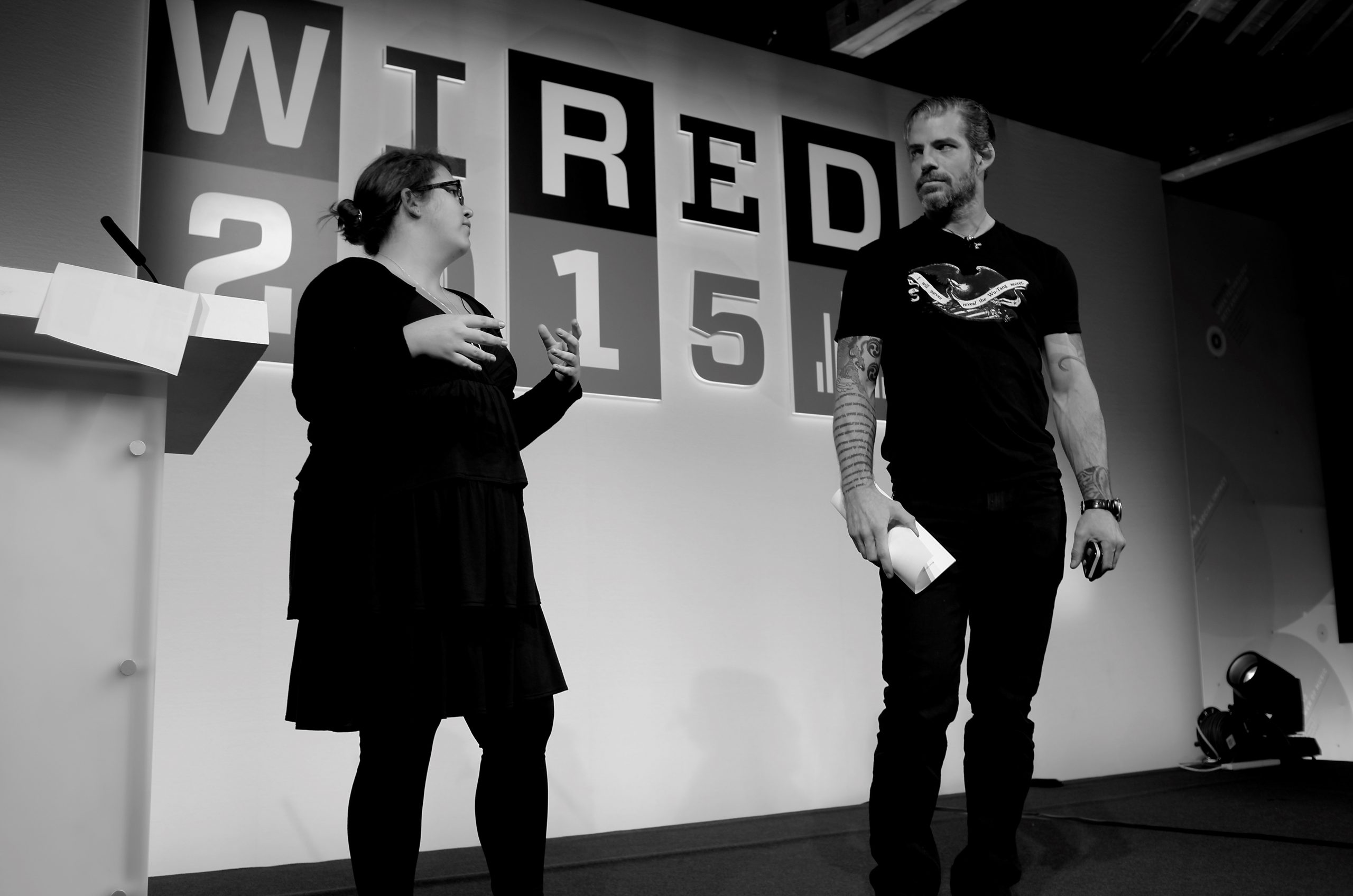 Our Head of Research Arielle Johnson and noma Head of R&D Lars Williams break down their quest for flavors at WIRED2015.